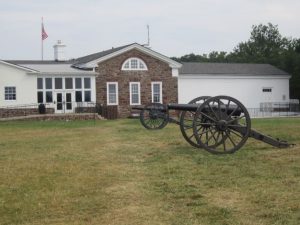 Formally known as Manassas Junction, Manassas is an independent city located in the Commonwealth of Virginia. Today, the city has a population of more than 37 thousand. Manassas, Virginia borders and serves as the seat of Prince William County. The rapidly growing city was established in 1853 when the Alexandria and Manassas Gap and Orange railroaders were joined. Manassas was later incorporated in 1873. Learn more about the interesting history of Manassas, Virginia and how the city came from humble beginnings to become one of the most historic landmarks in the United States.

The Second Battle of Manassas, otherwise known as the Second Battle of Bull Run, was also fought near Manassas. The battle spanned from August 28th to the 30th in 1862. While today Manassas is an established city filled with homes and businesses, at this time it wasn’t much more than a railroad crossing that led to Washington, DC, Richmond, and the Shenandoah Valley. Like the first, the second battle resulted in a victory for the Confederates. However, the second battle was of a much larger scale than the first. 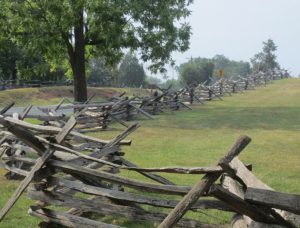 After the Civil War, Manassas was rebuilt and remained a small town for much of the 20th century. It did not become a city until 1975 when it was separated from Prince William County as per Virginia law. Today, Manassas, Virginia is well-known for its historic Old Town district, as well as its incredible museum system. The Manassas Museum is home to a number of Civil War exhibits, as well as local history displays. The city also contains other landmarks of times passed, such as the Federal-style plantation house with its beautiful rose garden. Classical music, theater, and opera can be enjoyed at the Hylton Performing Arts Center.

Best known for its rich Civil War history, Manassas, Virginia offers a wealth of interesting history and culture. Manassas National Battlefield Park is among one of the city’s must-see landmarks. Located on Sudley Road, the 5 thousand acre park is the actual spot where the two major Civil War battles were fought. Today it’s a park where students, families, and history buffs frequent to learn more about their city’s interesting backstory. If you’re in the northern Virginia area, the Manassas National Battlefield Park and the city’s other historic sites and landmarks are definitely worth checking out.

Next -> Things To Do In Manassas Virginia