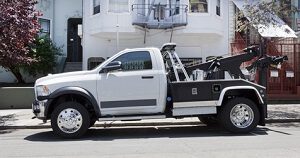 On September 15th, eight towing industry leaders were inducted into the infamous International Towing and Recovery Hall of Fame and Museum. These brave men and women took part in a ceremony put on by the museum at the Chattanoogan Hotel in Chattanooga, Tennessee. Inductees found themselves nominated for a commitment to the towing craft and showcased how to be a professional through their hard work and leadership both inside and outside of the towing industry. The 2018 inductees were:

Geri has been in the business since 1984 and has taken the lead in owning his own towing business, Roskopf’s Towing and Service. Based out of Menomonee Falls, Wisconsin, Geri is also a blog and article writer for Tow Times magazine.

Glenn, the owner and operator of Vacaville Tow Inc., has been a provider or heavy-duty towing, cargo services and roadside assistance services since 1994. Alongside his towing business in Vacaville, California, Glenn is the President of Truck Body Sales Inc based in Sacramento, California.

Danny has been a mainstay in and around Manassas, Virginia as both a tow truck and equipment dealer serving the towing industry and as a former tow truck company owner. He has been instrumental in assisting some Virginia tow truck companies to get off the ground.

Cynthia has been serving as the President of the Towing and Recovery Association of America, which is the national voice of the towing and recovery industry, for more than 40 years. Her work around Washington and state legislatures have been instrumental in providing drivers with legislation and safe operating conditions around the country. She also previously the Executive Director of the Statewide Towing Association of Massachusetts and a tow truck company owner as well!

Mike has been working in and around the towing industry in Southborough, Massachusetts for his entire life, and part of Fayville Inc, a towing company with more than 85 years of experience on the road. Mike knows a thing or two about towing and recovery, and is deserving of his spot for his leadership on the road, and in the office to younger drivers.

Scott is the fourth generation of Burrows to take up the towing industry, and with more than a 100 years of service, his company, Burrows Wrecker Services has some history. As one of the mainstays of Pendleton, Kentucky, the Burrows family can be proud to have one of their sons in the Hall finally!

John has been involved in the training and safety procedures of tow truck drivers all over England through the Institute of Vehicle Recovery in Suffolk, England. Further to this, John works for Boniface Engineering, a top-class towing equipment maker with a focus on roadside safety.

Rene has been the President of the New Hampshire Towing Association for more than 40 years and has seen significant changes in working conditions and roadside safety under his guidance.

From England to Kentucky, the 2018 Towing and Recovery Hall of Fame Class is genuinely global. Who do you think deserves to go in for 2019?